A Sacrifice of Praise 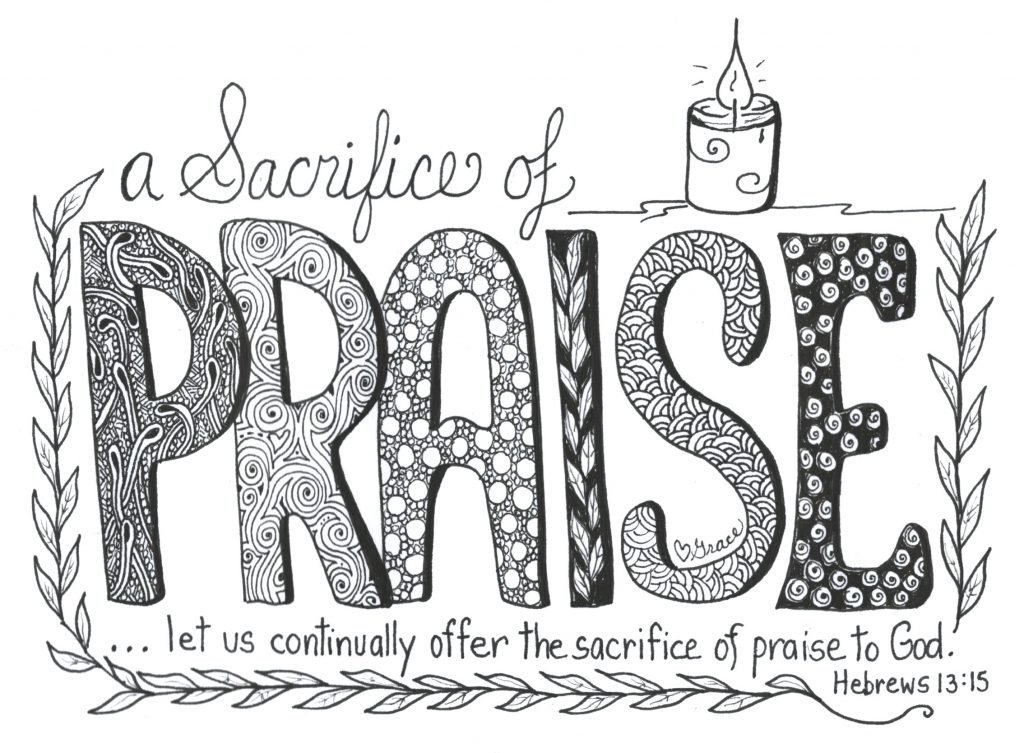 The following story was written in 2003. But it takes place in 1995, in a particularly painful time in my life.

In our humanness, there is the thought that if I have endured much pain, and survived, life should be easier.  I’ll have learned to cope better.  I won’t be so thrown by it’s arrival.

But that is not true.  I’m reminded again of Jesus’s words this week, who said:  “In this world you will have trouble, but I have overcome the world.”  I have come to those words often.  And in the midst of challenges and pain I need to be reminded of the beautiful lessons I learned so long ago.

This being Thanksgiving week it is good to turn to praise.  Today I picked the last of the harvest:  carrots, beets, swiss chard, kale.  For these gifts I am thankful!  I picked the last shivering rose and will savour it’s beauty.  There is always something to be thankful for, and I join with many others giving praise this weekend as we celebrate Thanksgiving in Canada.

Here is the story:  “From Pain to Praise.” (also printed in our church publication this week, the Storyteller).

FROM PAIN TO PRAISE

The lake was a deep blue, settled like a sparkling jewel between the mountains that held it. The sounds and sights of summer were present: a little fleet of sailboats on their annual regatta, children laughing and playing on the beach under the watchful eyes of their mothers; and the warmth of the sun to bless it all. It should have been an idyllic summer day; our homecoming to Harrison. But it was not.

Andy, my husband, and I were there for a desperately needed rest. We were consumed with the battle to save his life, for he had been diagnosed with melanoma cancer, only two short months before. He was 41.

He had experienced two rounds of chemotherapy but the hoped for cure had not materialized. Knowing the odds were against him, but hoping for a miracle, we tried many alternative herbal remedies. Exhausted, I said, “Let’s go to Harrison, and find rest there.”   Harrison Hot Springs had been my childhood home, and for me it was a place of refuge. I hoped that the memories we shared there, the quietness of the lake and the beauty of God’s creation would renew our spirits.

But much of Andy’s strength had left him. A strong, proud man, who loved his work as an ambulance paramedic, he was overwhelmed by his new dependency on me and on others. We tried walking on the beach but his strength failed him quickly and we could not go far.

I felt defeated, and wanted to create some wholeness; a return to the past where our lives were normal again. We were busy people, raising our three children; involved in the church and in the community in which we lived. Life had come to a shattering halt and we didn’t know how to pick up the pieces.

That evening, a sense of despair washed over us.   Andy’s pain became unbearable and we could not seem to relieve it.

“I just want to die”, he said, and I realized he was very serous. He was terrified of the pain facing him and wanted to escape. My own terror welled up within me. As much as I wanted to take away his pain, the thought of suicide was abhorrent to me. I didn’t think we could live with it.

As the fear and pain seemed to suffocate us that night, I knew I had to reach out for help. I phoned some friends and asked them to pray, sharing briefly the deep darkness we felt.

And then I prayed. I asked God to show us the way out of the terrible darkness.

Almost immediately a one-word answer resonated in my mind. I didn’t like it. It had been the furthest thought from my mind. The word was “praise”.

“No, God, I can’t praise you for this! I was in a battle against this cancer, this insidious demon that was threatening to destroy our lives. The word “widow” lurked at the periphery of my mind; a frightening thought I wanted to banish from existence. How could I praise?

And yet, I knew I needed to obey the God who loved me, who loved us.

“Andy”, I said gently, “I don’t understand it, but the only answer God seems to be giving me is to praise Him”.

In our feeble way, we prayed that night, praising God for who He is, what He had done for us, trusting Him to take care of us.

I cannot explain it, but the darkness was shattered at that point. A new peace, especially for Andy arrived.

We found out later that a prayer meeting on our behalf had taken place while I had called for help. And God had answered.

Did God take away the pain? No. But He gave us peace instead. In the weeks that followed, people who came to visit us, sometimes afraid of what to say, or what they would see, went away feeling ministered to.

Andy’s love for Jesus deepened in a way I had never witnessed before. Even though he died in great pain, just over a month and a half later, he died saying “Praise the Lord”. He had never mentioned suicide again.

In the years that have followed I have not always remembered this lesson. As I walked through my grief journey as a widow I struggled at times, and it was easy to forget.

But I am drawn back to that simple act of obedience.     At the critical point of Andy’s deepest physical and emotional pain, our praise became a sacrifice. I have learned to identify with the words in Hebrews 13:15, which says: “Through Jesus, therefore let us continually offer to God a sacrifice of praise…”

I know it is only through Jesus, as the verse says, that we have the strength and even willingness to obey and praise Him. And I can testify from experience about the peace and the joy that follows when we truly praise Him.