Have you heard of Abecedarian?

Recently a writing friend posted an abecedarian poem; I had never heard that name before.
But I do love playing with the alphabet, and if you receive my weekly newsletter, you’ll know I have been featuring the letters of the alphabet.

Since I’m learning different forms of poetry, I was surprised to learn that an abecedarian poem is an ancient form of expression in literature, and can even be found in the Bible, using the Hebrew alphabet.  An abecedarian poem is guided by lines beginning in alphabetical order, until the final letter is reached.

Psalm 118 is one of the most famous, consisting of twenty two eight-line stanzas, one for each letter of the Hebrew alphabet.

So for fun, I wrote such a poem today, free style, but following all the letters.  I hope you might be inspired to do the same!

An Alphabet poem
Begins with A, B and
C, carrying on to
Delivery of
Enthusiastic
Far-reaching
Great and
Hopeful words,
Ideally
Justifying
Kindness and
Love in
Many more words, mindful,
Not negative,
Open to ideas
Particularly
Questioning
Rational and
Sensible
Thought,
Understanding
Valuable
Wise words,
Yielding to
Zestful living.

And for good measure, Here is an picture of astors, beginning with A. 😊 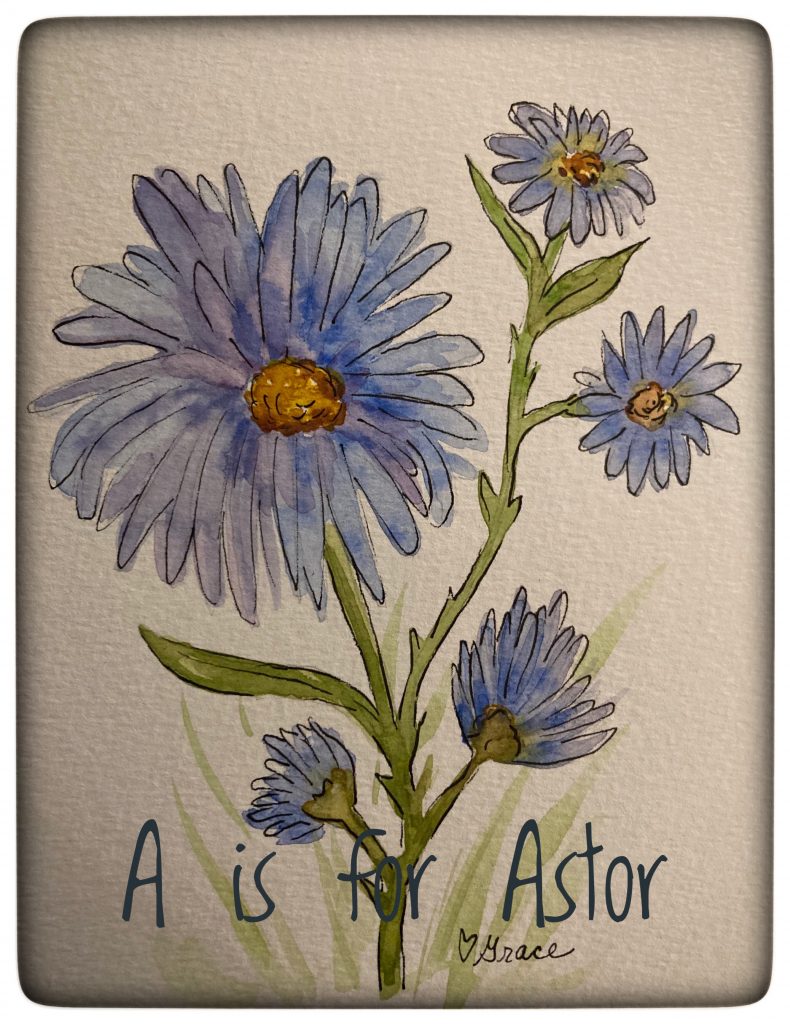 A is for Astor